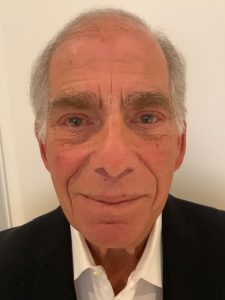 Steven M. Kleiman, Esq., has been a zealous advocate for injured workers in California for more than 45 years. Mr. Kleiman has been a Certified Specialist in Workers’ Compensation in California since 1979, and has litigated cases in nearly every jurisdiction in the State.

Mr. Kleiman graduated from San Jose State University with a degree in Political Science before attending Golden Gate Law School where he obtained his Juris Doctorate in 1974. With over 45 years of workers’ compensation experience, Mr. Kleiman’s reputation as a champion for labor and injured/aggrieved workers precedes itself.

After founding the Law Offices of Steven M. Kleiman in 1975, Steve spent more than three decades representing countless workers’ injured on the job. Steve’s advocacy and tenure in the industry has spanned major legislative overhauls to the California workers’ compensation system in 1989, 1993 (SB 1005, AB 110), 2004 (SB 228, SB899, AB 227), and 2013 (SB 863). His diverse perspective and experience with a litany of issues pertaining to the practice is invaluable to his clients, and his perspective respected throughout the workers’ compensation system in California.

Mr. Kleiman’s detail oriented yet practical approach to representation of injured workers speaks for itself within the industry, as identified by his peers and the legal community at large, having been selected as a Super Lawyer in workers’ compensation in 2005, 2010, and 2011.

In 2010, Steven M. Kleiman’s prestigious career was formally recognized when he was named Workers’ Compensation Attorney of the Year for Northern California. Steve enjoys playing golf and tennis with friends, and spending time with his family.

I had switched to [Buzzell Law Group] after previous attorney didn't care about injury... I had the best case manager Susan Cardona. She is awesome, always called me back, emailed me and kept communication constant. I settled my case with satisfaction and gratitude. I'd recommend this firm to anyone.

If you need help with an work related matter, reach out to Buzzell Law Group, PC today. You can fill out the form below or call us to schedule a consultation. We look forward to discussing your case with you.

Have you been injured at work and don't know what to do? Buzz Does

Attorney Advertising. This web site is designed for general information only.
The information presented at this site should not be construed to be formal legal advice nor the formation of a lawyer/client relationship.

This website uses cookies to improve your experience while you navigate through the website. Out of these, the cookies that are categorized as necessary are stored on your browser as they are essential for the working of basic functionalities of the website. We also use third-party cookies that help us analyze and understand how you use this website. These cookies will be stored in your browser only with your consent. You also have the option to opt-out of these cookies. But opting out of some of these cookies may affect your browsing experience.
Necessary Always Enabled
Necessary cookies are absolutely essential for the website to function properly. These cookies ensure basic functionalities and security features of the website, anonymously.
Functional
Functional cookies help to perform certain functionalities like sharing the content of the website on social media platforms, collect feedbacks, and other third-party features.
Performance
Performance cookies are used to understand and analyze the key performance indexes of the website which helps in delivering a better user experience for the visitors.
Analytics
Analytical cookies are used to understand how visitors interact with the website. These cookies help provide information on metrics the number of visitors, bounce rate, traffic source, etc.
Advertisement
Advertisement cookies are used to provide visitors with relevant ads and marketing campaigns. These cookies track visitors across websites and collect information to provide customized ads.
Others
Other uncategorized cookies are those that are being analyzed and have not been classified into a category as yet.
SAVE & ACCEPT